We also support national and international companies with their business expansion to Osaka city, such as location and settlement support, R&D base support services, etc. We try to contribute to the Osaka economy by introducing new businesses, creating jobs, etc.

Through these activities, we will continue to appeal Osaka as an International Business Base and to support the global development of Osaka enterprises. 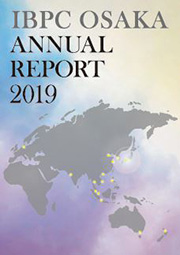 About 3 minutes walk from Nakafuto Station